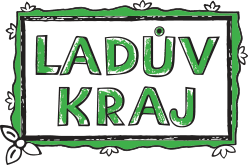 I am sure you all know the black tomcat Mikeš, who lives with his animal friends, grandma and shoemaker’s Pepík in a house in Hrusice. Think of Mikeš and you will probably remember that he is no ordinary cat like the one you may have at home. He wears shoes and walks upright just like people, but he can even speak!

Josef Lada created not only Mikeš, but also other fairytale characters for you, children. This Czech painter and writer was born in Hrusice and the region that he loved so much is now named after him. This is why all of his characters get up to their mischief right here, in Josef Lada Country.

Do you remember the story where Mikeš the tomcat and Pašík the pig went to the Mnichovice market with a barrow? Or the one about the black tomcat and his travels? Begebt euch auf seine Spuren und besucht die Plätze, an denen er all seine Abenteuer erlebt hat. Follow his steps and visit places where Mikeš experienced his adventures. On your journey, you will find 12 stops with signs and there will be not only extracts from the book Mikeš, but also some very nice pictures by Josef Lada. Just like Mikeš, you will head from his home in Hrusice and if you want to find all 12 signs, your journey will take you all the way to Říčany. If your feet get too tired, you can always make the trip shorter and let a bus or a train take you closer to your home. And if you don’t feel like leaving and would like to discover more of Josef Lada Country, chose from our accommodation offer. You can set out on your journey just like Mikeš – on foot with a rucksack or by bike. Cycling trails are marked on the map with a dotted line.
And to make your journey more interesting, we have prepared a game for you.

The brochure you are holding has two pages marked as a space for stamps. Your task is to collect as many stamps as possible during your journey. Where can you get stamps? Have a look at the list of stamping points!

You can collect 16 stamps in total but 9 stamps will be sufficient for entering a prize draw. Fill in your name and address, tear the part with collected stamps from the brochure and send it to the information centre in Říčany.

Prizes will be drawn during fairs held in Josef Lada Country. To find out the dates and places of individual fairs, visit our web pages at www.laduv-kraj.cz
If you are not present at the prize draw, your name will be published on the same web pages and your prize will be waiting for you at the information centre in Říčany.
Mikeš the tomcat and his friends wish you good luck and lots of fun. They hope that you will like this region as much as they do.

One day the grandma was making pancakes and sent Mikeš to the cellar for cream. The tomcat grabbed a full pot of cream in his paws but as he walked across the board, he lost his balance and fell right into the trench. The cream was spilt and the pot? Well, it was smashed into pieces. Mikeš was a good cat and he liked grandma a lot. He was very sad that he caused damage and trouble to her. And because he was ashamed but also worried that he might be punished, he decided to run away.

He will travel the world and make enough money to buy a new pot. Only then he will return to Hrusice.
He walked over the Kožený hill, bypassed Třembláty and as he passed Struhařov, his stomach started to rumble. He met a girl who looked after geese. “Hello,” he said, “I am shoemaker’s Mikeš from Hrusice behind that forest.” “I am Mařenka Kudláčková from Struhařov. How come you can speak?” “In our house even Pašík the pig and Bobeš the billy goat can speak. Pepík taught us,” said the tomcat proudly. “Where are you going?” Mařenka asked Mikeš. “I want to travel the world. Am I there yet?” “Oh no, you have to walk for so many hours all the way past that forest.” Mařenka advised Mikeš to return home but he told her that this is what a girl would do but not a man. She gave him a piece of bun for the journey, the tomcat thanked her, said goodbye and continued in his wander.

As he came closer to the Struhařov pastures, he saw shepherds sitting around a fire. Because he was really hungry by now, he summoned up the courage and went to them. When he told the boys about his adventure, they gave him some baked potatoes to take in his sack. “Goodbye now, I have to keep walking.” Mikeš struggled through fields and bushes to avoid policemen because they may arrest him for the broken pot.

When he reached the road from Klokočná to Svojetice, his legs were very sore. He met an old lady with a back basket. “I could have a ride like at the back of a cart,” Mikeš cheered up. “That back basket feels heavier by the minute,” the old lady complained to herself and Mikeš felt ashamed. She put the back basket down to look for some mushrooms and that was exactly what a very crafty tramp was waiting for.

„Something in that back basket will be handy for sure.” “It looks like I will be able to pay back the old lady for the ride after all,” Mikeš thought to himself. He had very sharp claws! “Ouch,” the tramp screamed and off he went.

So Mikeš was travelling the world but he grew sadder and sadder. When he was in Klokočná, he met a farmer. He greeted him like a well-behaved cat and asked him for something to eat. The farmer returned his greeting but as soon as he turned to the tomcat, he shrieked as if he had seen a ghost and ran away. Mikeš tried his luck elsewhere but the result was the same. “Haven’t they seen a tomcat before?” Mikeš started to wonder.
As he came closer to the edge of the woods, there was a pleasant smell hanging in the air and as he followed the scent, he saw something he has never seen before. “Those must be decent people, they have such beautiful clothes.” “Come closer, don’t worry, we have plenty of meat,” the gypsies encouraged him. Just as it seemed that he has found a shelter and someone who would be kind to him, something terrible happened. Before he could realise, they pulled a bag over his head and put him onto the cart. “Grandma! Grandma!” Mikeš screamed.

“What do you have on that cart?” the policemen asked. Mikeš was sure they must be looking for him for the broken pot but being in prison is still better than losing one’s life. “I am here, in the bag,” he shouted. Mikeš had to explain everything to the policemen but they didn’t arrest him. Instead, they gave him 20 pennies and a piece of sausage.

The tomcat was very happy and continued in his journey. The sausage made him so thirsty that he had to find some water in Světice. He met the mayor’s cat Mícinka. “Would you like to taste our cream?” she offered. Mikeš could not resist something this tempting. But the cat tricked him and led him into a different house. Just as Mikeš started to lick the cream, he heard an angry voice. “Well, I have you now, Mícinka. The mayor must believe now that you come here to lick our cream. Into the bag with you!” “Oh no, no bag, I have been there today,” Mikeš thought to himself and because he was a very clever cat, he threw a rabbit skin he found in the cellar into the bag. “The mayor will be surprised to see who steals your cream,” Mikeš laughed.

He was very tired and as he curled up in the bushes, he sighed. “My dear old grandma, if only you knew what I have already suffered because of that pot.” Mikeš was no longer afraid of policemen and decided to go to a bigger town where people are used to all sorts of curious things. Perhaps he will manage to make some money there and then he can return home.
We will leave our friend Mikeš in Říčany, although his adventures are not over yet. He will meet the Kludský circus on his way to Brandýs and the circus will employ him as a speaking bag called Žok-Žok. But don’t worry, after this the black tomcat will finally return home to Hrusice, where the shoemaker’s Pepík, Bobeš the billy goat, Pašík the pig, the grandma and all of his friends never stopped looking for him.

Lenka Grossová adapted and shortened the text according to Mikeš, a book by Josef Lada. 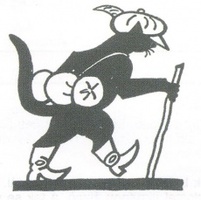